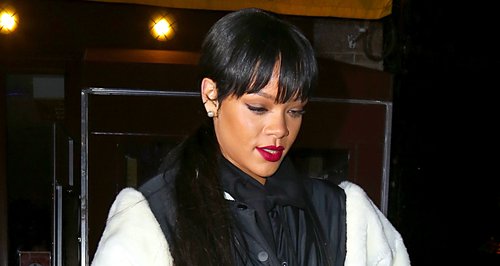 The X Factor judge has responded to claims RiRi could be set to join the show for the 2014 series.

Simon Cowell has denied rumours this week that he wants Rihanna to join himself and Cheryl Cole on The X Factor UK judging panel this year.

The Syco boss says though he has seen the rumours Rihanna was to be drafted in as a "shock" addition to the panel, he hasn't had any conversation with the Bajan star about the show.

> Are Rihanna and Drake still dating?

"I never spoke to her, I've seen the papers, I never spoke to her!" Simon revealed to Capital's showbiz reporter Kevin Hughes, at the opening night of X Factor musical I Can't Sing this week. "Probably be nice but I don't think she'd be available because of her commitments this year.

Cheryl Cole and Simon Cowell are the only confirmed panelists for The X Factor UK this year.