The 'We Found Love' singer will see her new designs go on sale in the high-street store this week.

Rihanna has arrived in London for the launch of her new River Island collection.

The 'You Da One' star will make an in-store appearance at Oxford Street later today (4th March) as she prepares for her collection to go on sale.

The Bajan star wore a black and white hooded onesie for her travels to the UK.

The singer debuted her line last month during London Fashion Week and came under fire for only briefly appearing on stage at the catwalk show.

She also snubbed her own after-show party to head out for a night in the capital with friends – including supermodel Cara Delevingne.

Check out a picture of Rihanna heading to London from LAX Airport below: (Picture: Splash) 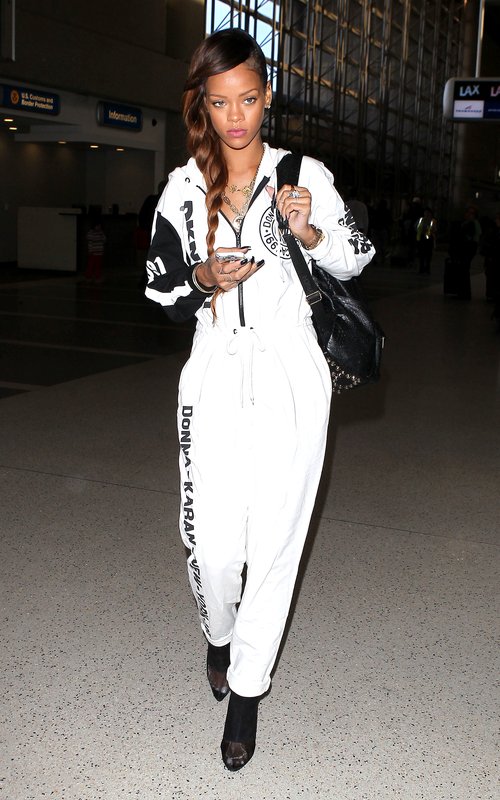 Meanwhile, the singer recently opened up during a new interview with Elle magazine abut her relationship with Chris Brown.

The singer called the R&B star "the one" and also outlined plans to start a family within five years.