The producer speaks about working on the Bajan star's 'Unapologetic' album and their plans for the follow-up.

Rihanna is reportedly set to once again team up with producer Nicky Romero for a new "smooth" sounding song.

The star told MTV News that he is keen to get back in the studio with David Guetta for the track.

"We actually produced the record called 'Right Now' on her album 'Unapologetic'. So I made that one together with David Guetta and now we're working on a follow-up," he explained.

Speaking of how the production will sound, he said "out of the box," but "In a smooth way." 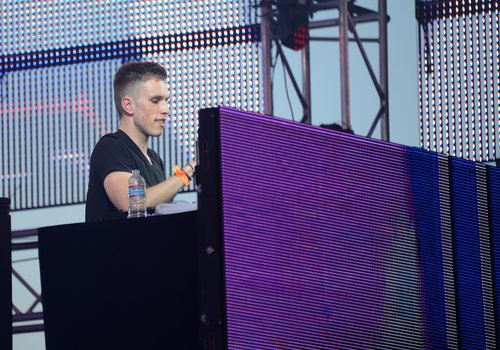 The 'We Found Love' singer currently has a month off in between dates on her 'Diamonds' world tour.

She debuted a new shorter curly hairstyle this week and has been seen relaxing on holiday with model friend Cara Delevingne in recent weeks.