The 'We Found Love' singer was sporting a dramatic new image as she partied following her recent split from Chris Brown.

Rihanna has been pictured out in New York with a new short cropped blonde hairstyle.

The 'Umbrella' singer was seen wearing a peroxide blonde wig as she stepped out of her car with bodyguards attempting to shield her new image.

The look is believed to be for a new photoshoot after she took to Twitter to reveal she spent much of yesterday (13th May) on set with MAC as well as River Island.

"2 day shoot for my upcoming Autumn/Winter collections with River Island was flawless! My models looked so damn good! Foreign chicks errwhere," she wrote earlier in the day.

Check out a picture of Rihanna with her new look below: (Picture: Splash) 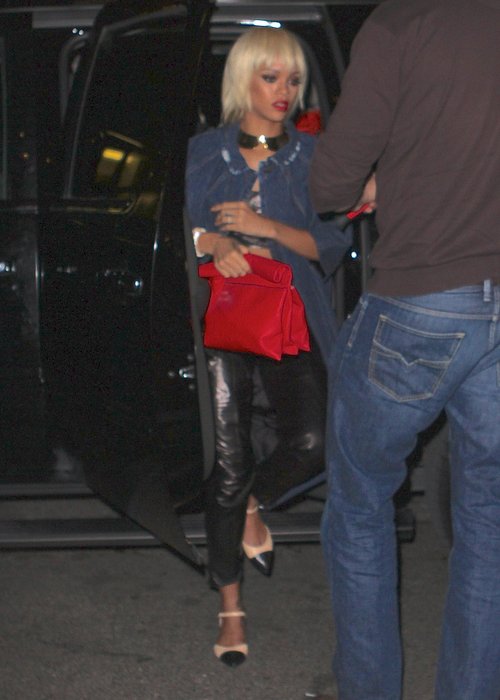 The new look comes shortly after the Bajan star split once again from boyfriend Chris Brown.

The R&B star confirmed the news during a radio interview – hinting he was too young to be in such a serious relationship.