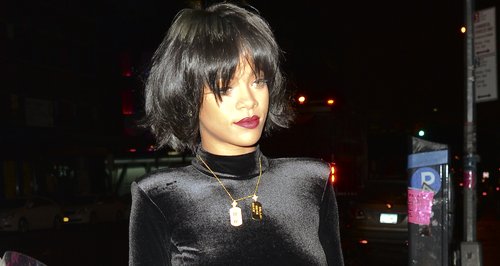 The 'No More Drama' singer chats to Capital about Rihanna picking up the prestigious award.

The 'Family Affair' singer says 'Diamonds' star Rihanna is "super on point" at the moment and is definitely deserving of the awards show's famous Icon Award, which she will receive at the ceremony later tonight (24th November.

"She deserves that because, as an icon, she is super on point," Mary J Blige exclusively told Capital FM ahead of the American Music Awards this weekend.

The 'No More Drama' singer also professed her admiration for Canadian singer Drake and said she hopes he has a lot of success.

"I love Drake and I wish him well and I wish he wins everything," she added. "He's just such an amazing talent, he deserves it."

Rihanna is up for a number of awards at tonight's event including Artist Of the Year, Favourite Pop/Rock Female Artist and Favourite Soul/R&B Album for 'Unapologetic'.

The 'Stay' singer is also set to perform at the event, sharing a bill with the likes of Katy Perry, Lady Gaga, One Direction, Miley Cyrus and Justin Timberlake.