The 'Umbrella' singer was seen paying homage to the supermodel as she continues the European leg of her 'Diamonds' tour.

Rihanna was pictured out in Amsterdam yesterday (26th June) wearing a t-shirt with supermodel Kate Moss' face on.

The 'We Found Love' singer was snapped coming out of her hotel and also carrying a bag of candy floss.

The Bajan star teamed her shirt with a tiny pair of denim shorts and a camouflage bucket hat.

The pair previously teamed up for a cover shoot with V magazine where the pair were sat on one another's laps.

Check out the picture of Rihanna with her Kate Moss t-shirt in Amsterdam below: (Picture: Goff) 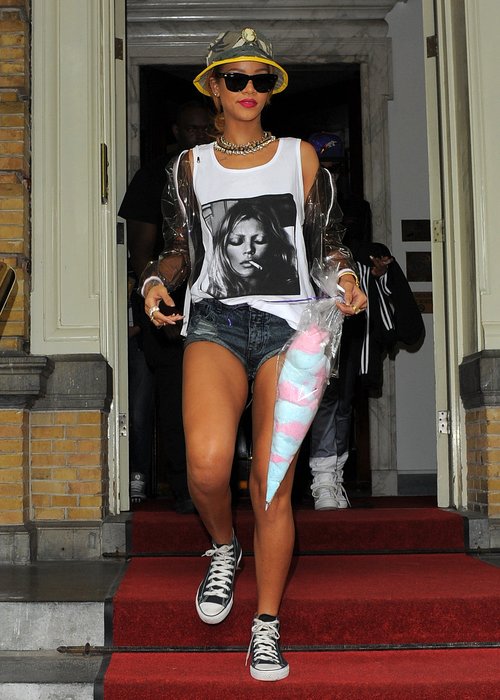 Meanwhile, Rihanna was seen firing back at a journalist on her Instagram page this week after she was labeled a "bad role model" in an article.

The singer will be back in the UK next month to headline the T In The Park Festival alongside The Killers and Mumford & Sons.