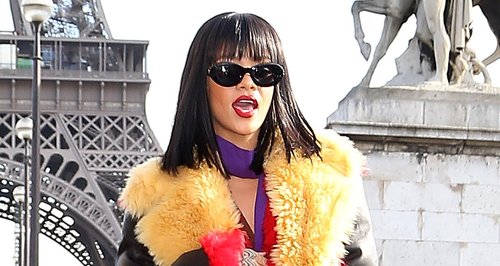 The 'What Now' star is up for Best Cameo after her role in comedy This Is The End last week.

Rihanna and Kanye West have both scored nominations for the MTV Movie Awards 2014.

The 'What Now' singer has picked up a nomination for Best Cameo for her surprise appearance in This Is The End alongside stars like James Franco, Seth Rogen and Jay Baruchel.

Kanye West is also up for an award in the same category after making a cameo alongside the likes of Will Ferrell and Steve Carell in Anchorman 2: The Legend Continues.

In other categories American Hustle and The Wolf Of Wall Street proved the big names with both movies scored eight nominations.

The MTV Movie Awards 2014 takes place at the Nokia Theatre in Los Angeles on 13th April.