Man Arrested For Trespassing After Being Spotted On Rihanna's Roof?

The police were reportedly called to the LA home after private security guards spotted the suspect.

A man was detained by police in Los Angeles yesterday (18th June) after apparently scaling Rihanna's roof of her Pacific Palisades home in Los Angeles.

According to reports from TMZ, the unnamed 26 year-old was spotted by the Bajan star's security team at around 10pm and immediately alerted the authorities of his presence.

It's claimed the guards held the man until police arrived with the man insisting he had no idea whose home the property belonged to.

It's also reported that he is still under custody with a $2,882 bail. 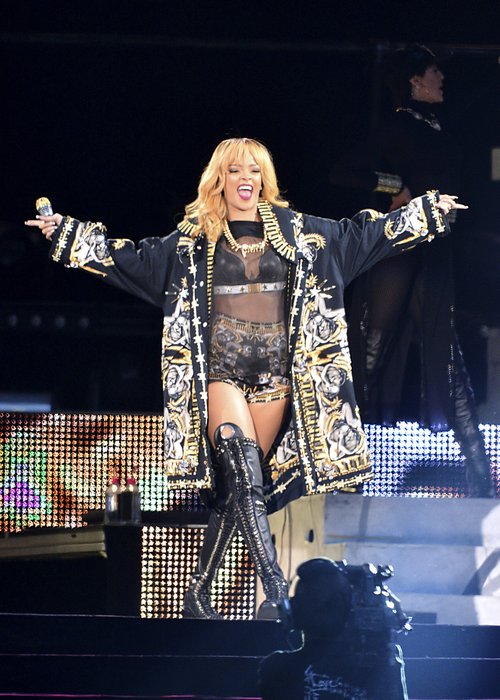 Meanwhile, Rihanna is over in the UK on her 'Diamonds' world tour, which heads over to Sunderland tomorrow night.

Her gig at Birmingham this week was also criticised after reports the signer arrived on stage two hours late for the gig.