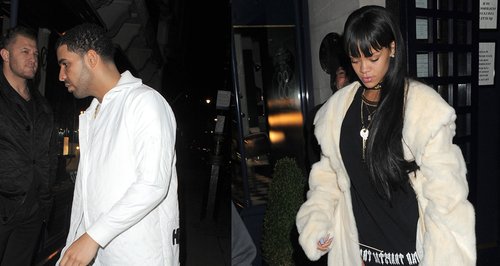 The 'Monster' singer was in the crowd for Drake's latest UK tour show before they were spotted partying.

Rihanna has continued to fuel rumours of a romance with Drake after being spotted watching his latest tour show in London this week before heading off to go clubbing together in the UK capital.

The 'What Now' star arrived in London at the start of this week and was pictured in the crowd of Drake's 'Would You Like A Tour?' tour show at the O2 Arena on Monday evening (24th March), after previously joining him on the road across Europe earlier this month.

Check out a picture of Drake and Rihanna leaving the hotel later that night below (Credit: Splash): 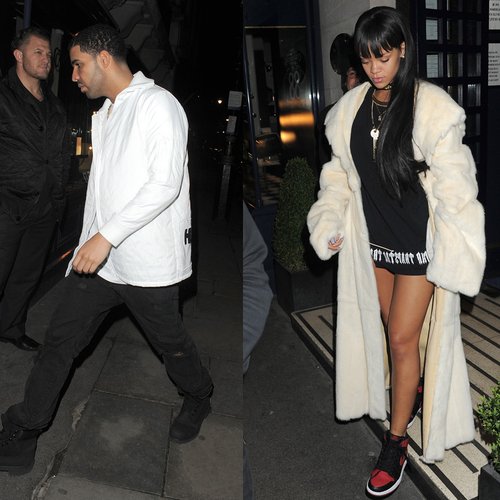 Later on in the evening both stars were spotted heading to private members' club Tramp in London's West End where they stayed until the early hours of the morning.

> Is Rihanna dating Drake? Twitter reacts to the rumours...

Several weeks ago rumours emerged that they had rekindled their romance together, with claims they are taking a "mature" and sensible approach to the relationship.

Rihanna has also been linked to a potential judging spot on The X Factor UK this year alongside Simon Cowell and Cheryl Cole.