The 'We Found Love' singer's gig in Houston last night was postponed.

Rihanna's 'Diamonds' world tour faced fresh disruption last night after the singer was forced to cancel another show due to illness.

The 'Stay' singer cancelled two shows last month due to laryngitis and had one show delayed due to her tour buses being stopped at the Canadian border.

A statement on the Bajan star's website cited an unnamed illness but told fans to keep hold of their tickets as the gig will be rescheduled.

The star is due to perform in Dallas this evening (16th April) and the statement added that there are no plans to cancel this show.

The singer was also on her social networking account last night to offer her thoughts and prayers to the victims of the Boston marathon bombings. 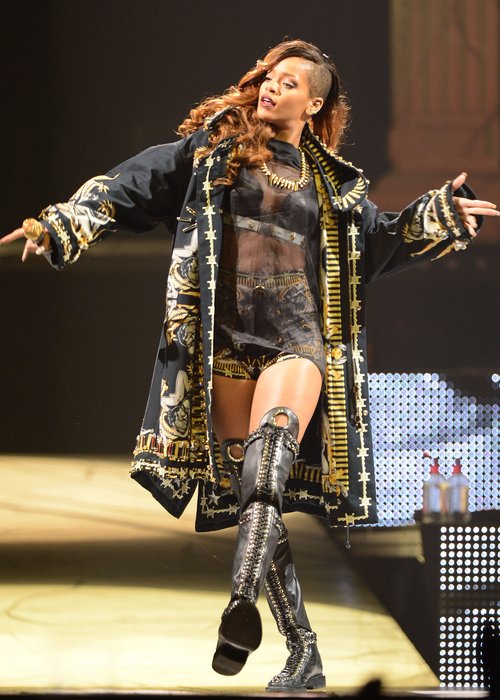 Meanwhile, Rihanna will bring her tour over to the UK this summer and is set to headline the T In The Park Festival 2013.

The Killers and Mumford & Sons will also be headlining the event.