Is Rihanna Dating Drake? 7 Of Your Tweets Which Sum-Up The Latest Love Rumours 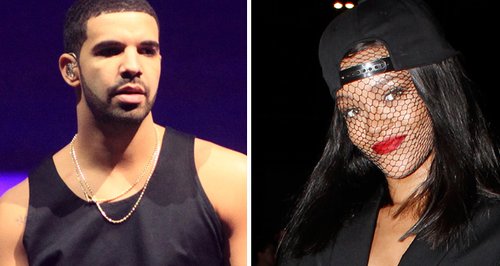 As the rumour mill heats up about 'What Now' star Rihanna and her 'Take Care' partner Drake, we reveal what all of YOU are saying about the potential romance.

Rihanna and Drake are facing increasing rumours that they are in a fresh romance together, after several dinner dates and nights out around the world over the past few weeks.

While the pair have dated in the past, this year it seems they may just have rekindled the flame and fans are speculating like wildfire across Twitter about whether the rumours are true.

From Rihanna joining Drake on stage in Paris for a duet last month, to their London date together last week, could these two global superstars be dating?

1. Sounds like this member of Rihanna's #Navy is VERY happy about the rumours this week...

FINALLY! Thank The Lord ! It's official my prayers have been answered ! Drake and Rihanna are officially dating #PowerCouple

2. Although some don't seem to be so sure the 'Take Care' collaborators are destined to be soulmates

Drake and Rihanna trippin bruh. They made the song Take Care and think they're soulmates now

Rihanna and Drake waited till Chris Brown was in pen till they went public about their relationship, mad jokes still lol

4. Some of you out there are clearly feeling all romantic this week...

5. Though looks like some of the Rihanna/Drake rumours are going a tad far

Drake said on the radio he wants to ask Rihanna's family for her hand in marriage!? WHAT THE FOK.

Chris went back to Karrueche RIGHT after Rihanna left him. Rihanna waited a WHOLE year to date Drake. Now Tell me who the REBOUND is?

7. Rihanna's fans are out in force on Twitter trying to find out the truth

8. What do you think? Are Rihanna and Drake dating again?!