Rihanna All Smiles Out Partying Following Split From Chris Brown

The 'We Found Love' singer was out with friends to celebrate her new lip-stick selling out in just three hours.

Rihanna was spotted out in New York last night partying with friends after news of her split with Chris Brown was confirmed.

The 'You Da One' singer's reunion with the R&B star was announced as being over by the male star during an interview in which he claimed he was too young to be in such a serious relationship.

Chris headed out to an after party at the Met Gala ball with a mystery female and now Rihanna has been seen enjoying herself with friends at the Greenhouse venue in The Big Apple.

The 'Talk That Talk' singer was also celebrating the fact her new lipstick collaboration with MAC sold out in just three hours after going on sale.

She wore a tight knee-length skirt and cropped top and was in high spirts following her 'Diamonds' world tour show At the Barclays Center in New York. 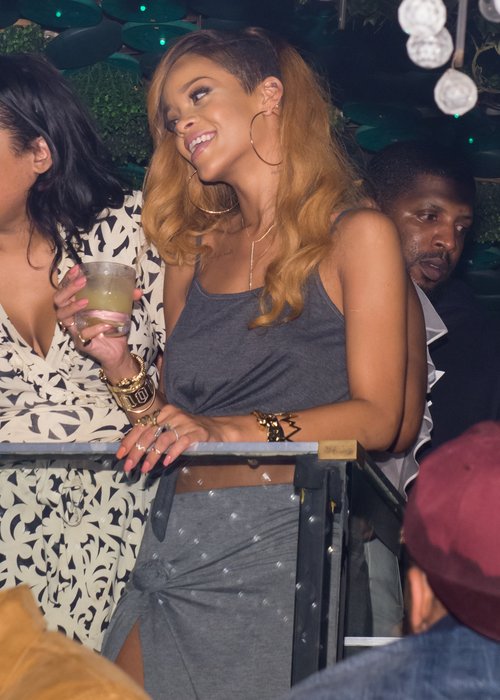 The singer came under fire from fans this week after reportedly arriving on stage three hours late for a gig in Boston.

Rihanna has also seemingly made her own remarks on her break-up with Chris Browb via Twitter after posting "love aint for kids".