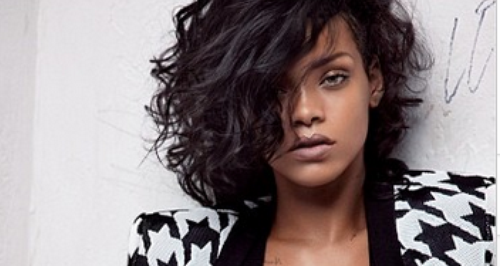 The 'Monster' singer has been confirmed as the face of the label for 2014.

Rihanna has been named as the new face of fashion label Balmain alongside her first promotional campaign for the brand.

The 'What Now' star is seen posing in a series of different outfits for Balmain's Spring/Summer 2014 collection, fresh from news she has been signed up by the label.

Check out one of Balmain's new promo shoots with Rihanna below (Credit: Inez & Vinoodh):

"In front of the camera, she makes you feel like she is the only girl in the world," Balmain's creative director Olivier Rousteing revealed to WWD alongside the news. "When the woman that inspires you wears your creations, you vision feels complete."

Rihanna's first campaign for the brand was shot by Inez Van Lamsweerde and Vinoodh Matadin, and features outfits like a blue chainmail kit sweater and a pink houndstooth patterned suit.

Rihanna and Eminem unveiled their music video for 'The Monster' earlier this week.