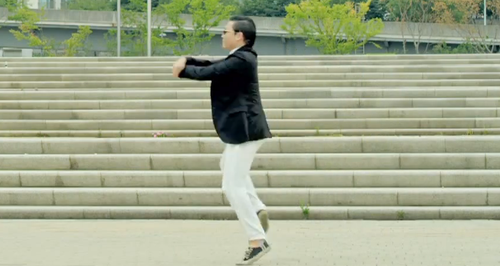 The K-Pop star sent the crowd wild with his performance on stage today.

The K-Pop star gave a triumphant performance of the song that made him a global sensation last year and went on to break world records - becoming the first video to hit one billion views on YouTube.

As soon as the singer took to the stage he sent the crowd wild as the screams rang out into every corner of Wembley Stadium for 'Gentleman'.

The track itself had the audience moving along in unison, but it was the viral smash that escalated the atmosphere another notch.

Speaking ahead of the event, PSY revealed how he would be fulfilling a "dream" performing at the London venue.

He recalled watching Queen perform when he was 14 years-old and wanting to make music from that moment.

Watch the moment 80,000 fans perform 'Gangnam Style' together at Wembley Stadium below:

He also gave a rendition of latest single 'Gentleman' with similar effect.