Professor Green On Robert Pattinson And Kristen Stewart: "I Feel Sorry For Her"

The 'Read All About It' rapper says the Twilight star's personal life might affect her future career roles.

Professor Green says he "feels sorry" for Kristen Stewart following the reaction to her reported affair with director Rupert Sanders.

Last week, the Twilight actress and real-life girlfriend of co-star Robert Pattinson issued a public apology after pictures of the pair kissing were published by Us Weekly.

The news of Kristen's fling led to a backlash from many of the film's fans.

In a message on Twitter, Professor Green commiserated with Kristen – because he thinks the saga could have a negative impact on her career.

He wrote that "i actually feel sorry for Kirsten Stewart, she may as well have cheated on justin bieber. #careersuicide".

Robert Pattinson and Kristen Stewart have tried to keep their private life out of the spotlight since meeting on the set of The Twilight Saga: 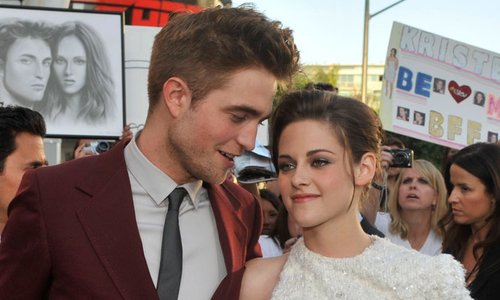 Kristen is scheduled to begin promotions for her new film On The Road shortly before the final The Twilight Saga: Breaking Dawn – Part 2 is released towards the end of the year.

The promotional duties for the franchise would see her reunited with Robert, who has not been seen in public since the affair became public.