Check out the Edgar Wright directed video for Pharrell's reunion with 'The Robots'.

Pharrell Williams and Daft Punk are back together, for the beautifully shot music video to their team-up track 'Gust Of Wind'.

After storming the charts worldwide with 'Get Lucky' from Daft Punk's album 'Random Access Memories', the Robots have now returned the favour.

The pair feature as guest artists on Pharrell's new video for 'Gust Of Wind', taken from his 2014 album 'G I R L'.

The video itself was filmed by Edgar Wright, director of films like Shaun Of The Dead, and features Pharrell alongside a host of dancers… and some levitating Daft Punk robot heads! 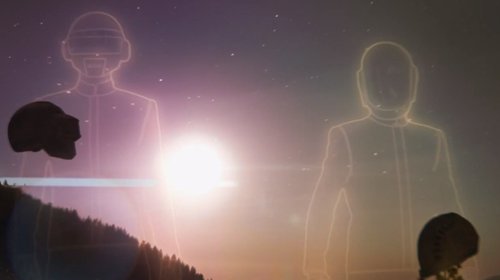