The 'Happy' star will come on board for the 7th series of the music reality show.

Pharrell Williams has been announced as a new coach on the 7th series of The Voice in the US.

The 'Get Lucky' man will replace Cee Lo Green – who left the series in February.

He tweeted: "This is going to be so fun," after NBC made the official announcement on their own Twitter feed.

This is going to be so fun "@NBCTheVoice: Okay, we can OFFICIALLY say it! WE ARE SO #HAPPY to announce PHARRELL WILLIAMS = #NewVoiceCoach

Pharrell has previously appeared on the show as a mentor for Usher.

Currently Coldplay's Chris Martin can be seen on the latest editions of the series acting as a musical mentor to all the show's contestants.

The rest of the panel is yet to be confirmed but show executive Matt Burnett said he was thrilled with the latest addition. 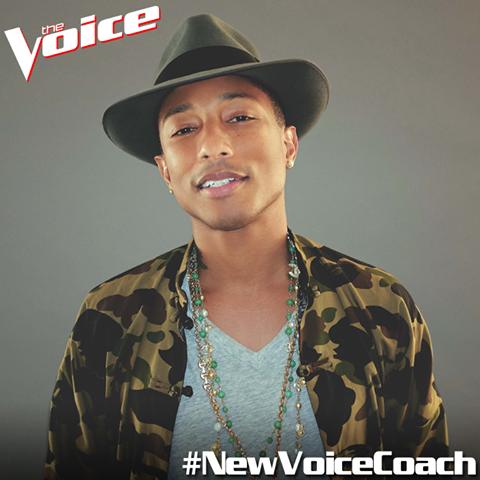 "I am thrilled to have Pharrell come back to The Voice family, and this time… as a coach," he said. "Continuing in The Voice tradition of having the biggest and most current music stars as coaches, Pharrell fits perfectly."

Meanwhile, Pharrell was seen getting a sliming this past weekend as he appeared at Nickelodeon's Kids' Choice Awards 2014.

Do you think Pharrell is a good choice?