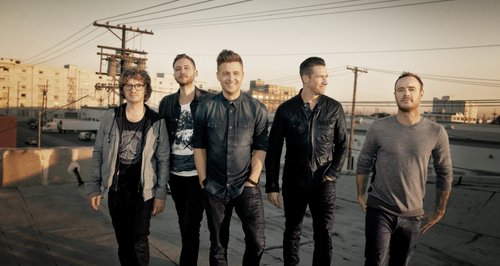 The 'Counting Stars' group will perform in London next year as part of the annual event.

OneRepublic have confirmed that they will be performing a gig at London's Royal Albert Hall as part of the Teenage Cancer Trust.

Ryan Tedder and co will hit the stage on Thursday 27th March for the annual event.

The Who's frontman and Patron of the Teenage Cancer Trust, Roger Daltrey, was full of praise for the group.

"It's brilliant to be able to confirm a number one act for our shows," he said. "OneRepublic have a lot of fans over here and I'm sure they'll have a great time and will sound fantastic in the Royal Albert Hall."

The full-line-up of shows for the Teenage Cancer Trust gigs will be announced later this year.

OneRepublic recently hit the top of the Vodafone Big Top 40 with new single 'Counting Stars' and their latest album 'Native' is also out now.

Meanwhile, frontman Ryan Tedder recently told Capital that he was preparing to work with Adele once again and hailed the British star as "quite simply the best."