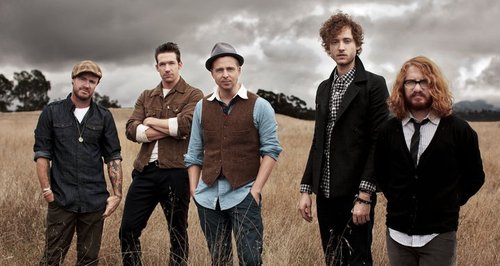 OneRepublic have unveiled their new single 'Love Runs Out' online.

The track will be available to pre-order on iTunes from 15th April, when its UK release date will be revealed.

'Love Runs Out' was written and produced by the band's frontman Ryan Tedder, who has worked with the likes of Beyoncé, Ellie Goulding and Adele.

The track heads up a re-packaged version of the band's latest album 'Native', which includes three brand new songs.

Meanwhile, OneRepublic recently completed the UK leg of their world tour, which included a date at London's Royal Albert Hall.