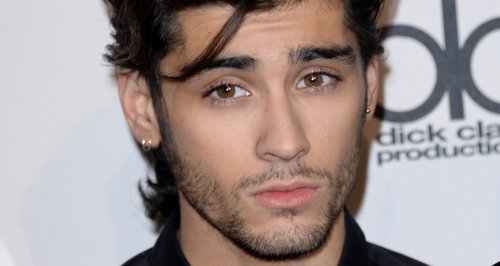 He's officially left One Direction, and now the world is Zayn Malik's oyster. But what will he do next? Well, here's some suggestions...

It's safe to say that Zayn Malik has had a slightly crazy time of it since announcing his departure from One Direction, with him explaining that he wants to be a 'normal 22-year-old'.

Well, he may WANT to be a regular twenty-something, but we seriously doubt that Zayn will ever have that luxury in life... So obviously we've sorted out some potential 'next step' options for Mr. Malik, because we're just that nice.

WELL THIS HAS KIND OF HAPPENED NOW HASN'T IT.

2. Plan his wedding to Perrie Edwards

Now that he's got some spare time, we're sure Perrie will be VERY pleased to have Zayn by her side to help pick the flowers, cake, rings, EVERYTHING ELSE. And he thought being in One Direction was hard...

3. Take time out to concentrate on his family

And we're not just talking about Prada and Hatchi (Zerrie's pets, duh).

4. Become the next big music producer/writer

Less intense than being in the world's biggest boyband, but also still involved in the music biz. Sounds like a win-win to us.

5. Join Little Mix and be their fifth member

Oh come on, after years of Zayn promo-ing Little Mix better than 1D, you can't be too surprised by this suggestion. (Just a little side note that the above GIF is not a real convo between Zayn and Perrie, but we wish it was).

Boy has got TALENT.

Who better to judge the next batch of hopefuls than The Boy Who Refused To Dance? It would be iconic.

8. Ditch the music business altogether and mix things up with a career in finance?

Hey, that IS what normal people do after all.

5SOS share their thoughts on Zayn Malik leaving One Direction

Combining his love of art AND permanent body ink.

10. Achieve the impossible and actually move to a place in the world where nobody knows him

Which is the least realistic out of all of these options. Sorry Zayn, but whatever you go on to do next, people will always know you and those beautiful cheekbones of yours.