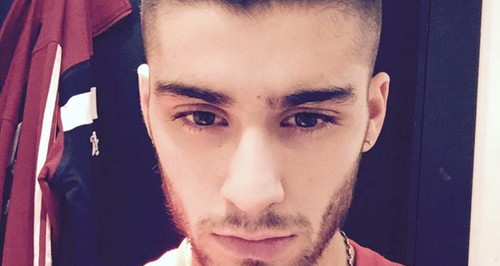 He may be having a terrible week, but Zayn can always rely on the love and support of the band's loyal group of followers to cheer him up.

Poor Zayn Malik is not having a good week - as well as being asked to post bonds of £3000 in order to be allowed into the Philippines, photos then emerged of him costing up to a blonde that was not Perrie Edwards whilst in Thailand.

He's since been signed off from the rest of the Asian leg of the tour with stress - but his loyal group of fans, the Directioners, have been on hand to offer support to Zayn during this though time.

The fans spoke out on Twitter to offer their support:

TMRRW WILL BE A GREAT DAY TO ALL FILIPINO DIRECTIONERS EVEN ZAYN WONT BE HERE BUT LETS PRAY FOR HIM TO HAVE A GOOD REST.

idc zayn can take a 50 year break i will always be here for him to support him. i want him to take all the time he needs #HaveAGoodRestZayn

Mum: "hey where are you going" Me: "to the UK to cheer zayn up" Mum: "but you can't drive th-" #HaveAGoodRestZayn pic.twitter.com/w46vAwE1s1

Yesterday we all died a bit inside when zayn just left the tour for a bit, just imagine when they all break up. I won't be able to handle it

RAISE YOUR HAND IF YOU LOVE ZAYN AND WILL SUPPORT HIM NO MATTER WHAT #HaveAGoodRestZayn pic.twitter.com/Tr3PP9OoFw

Mom: where are u going? Me: going to UK zayn needs me !!! #HaveAGoodRestZayn pic.twitter.com/qrMKvj12YK

With fans like these, we reckon you'll be just fine Zayn!