One Direction Hire Barack Obama's Former Bodyguards As Security For US Tour?

The 'One Thing' singers are apparently looking to step up their safety efforts for their upcoming American jaunt.

One Direction have reportedly hired former bodyguards of Barack Obama for their security team on their upcoming US tour.

The 'What Makes You Beautiful' stars will head across to America in June following their European dates, and newly single Liam Payne is one of the members the group most want to look after.

"Liam becoming single has made things even more fraught," a source has revealed to The Sun. "Some of the security staff have worked with Obama and in war zones."

The teen star broke up with his girlfriend Danielle Peazer recently – with the pair's busy work schedules said to be the reason for the split.

Meanwhile, One Direction are currently preparing for the release of their first ever 3D movie this summer. 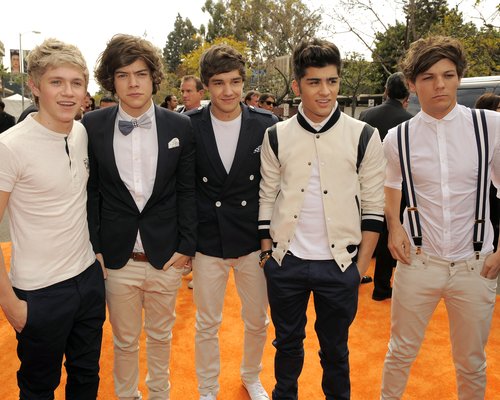 The film is called This Is Us and will be out in cinemas in August.

Director Morgan Spurlock has told fans to expect tears, an accompanying DVD and plenty of topless shots of the boys.