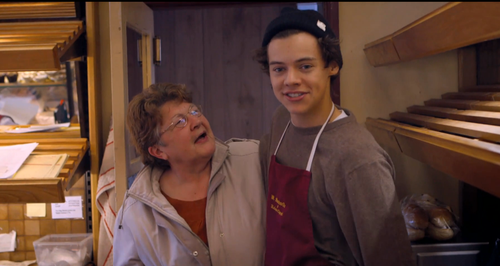 The 'Little Things' stars have offered fans a new insight into their upcoming feature film This Is Us.

One Direction have released a new trailer for their upcoming 3D movie This Is Us today (21st June).

During the short teaser, Harry Styles can be seen going back to work in his old bakery and gets his bum pinched by one of his old colleagues.

The boys are also seen enjoying a camping trip and Niall and Zayn try Miso soup for the first time.

Check out the new trailer to One Direction's This Is Us 3D movie below:

The film will hit UK cinemas in August, and the 'What Makes You Beautiful' stars are also planning on releasing a new album in 2013.

Next year will see the boyband head out on their first ever UK stadium tour – playing the likes of Wembley Stadium.