McBusted To Support One Direction On 'Where We Are' Stadium Tour 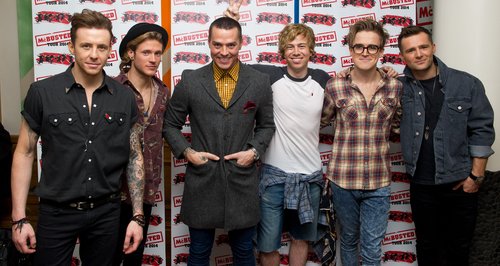 The super group have announced that they will join the boys for one of their shows in Europe this summer.

McBusted have announced that they will be supporting One Direction on their upcoming 'Where We Are' stadium tour.

The supergroup, who formed earlier this year and announced a UK tour of their own, but will now be playing their biggest date alongside Harry, Liam, Louis, Zayn and Niall at the Stade De France in Paris on 21st June.

Recently, Niall enjoyed a successful writing session with the McFly boys – who have previously provided tracks for their previous albums.

Meanwhile, Liam told Capital earlier this year that the there would be so much pyrotechnics on stage that it would resemble a scene from bonfire night.

One Direction's New Album: What To Expect