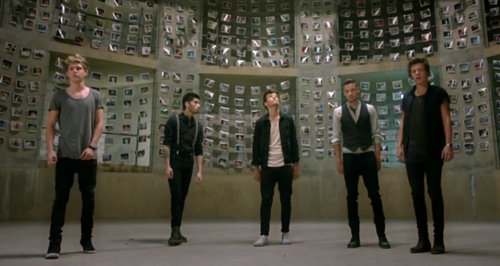 The 'Best Song Ever' band are back with their powerful new music video.

One Direction officially unveiled the music video for their new single 'Story Of My Life' earlier today (3rd November).

The 'What Makes You Beautiful' five-piece premiered the video this weekend online, after a first play on Capital TV at 4pm this afternoon.

The nostalgic video for 'Story Of My Life' sees the boys performing in a room filled with pictures from their childhood, and members of each band member's family also make an appearance.

Watch the official music video for 'Story Of My Life' below:

'Story Of My Life' follows 'Best Song Ever' as the latest release from One Direction's third studio album 'Midnight Memories'.

One Direction will release the album on 25th November, following their 2012 album 'Take Me Home' late last year and 2011 debut 'Up All Night'.

One Direction are then due to head out on the road across the UK on their 'Where We Are' stadium tour from spring 2014.