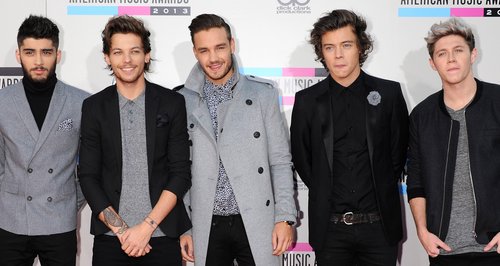 The X Factor boss says 1D are hoping to star in their own television series about their lives.

One Direction are reportedly in the planning stages of starring in their own fly-on-the-wall reality TV show.

The 'Best Song Ever' stars have often been linked to a potential reality show, and Simon Cowell has now suggested fans' dreams will become a reality.

"I think there's something in the works, a possible TV show," Simon told The Mirror this week. "We're going to talk about that in the next couple of weeks.

"They're always busy these guys," he explained.

> Will One Direction make a cameo on Glee?

The X Factor boss then revealed One Direction will release their fourth studio album later this year, the follow-up to 2013's 'Midnight Memories'.

"The important thing is they've got a new album out this year," he promised.

One Direction are set to kick off their 'Where We Are' world tour later this year.