The 'Little Things' stars were seen taking to the field for a session with stars such as Cristiano Ronaldo.

One Direction were seen training with the stars of the Real Madrid football team this week.

The boyband stars' tour has hit Spain and Liam, Louis and Niall managed to enjoy a training session with Cristiano Ronaldo and co.

"Massive thank you on behalf of me and the lads to Real Madrid,Jose mourinho ,all the players! Unbelievable experience," tweeted Niall Horan.

He also added: "All the players were really nice to us! And the gaffer I like to call him mr . Mourinho! still can't believe it! Vamos Madrid." 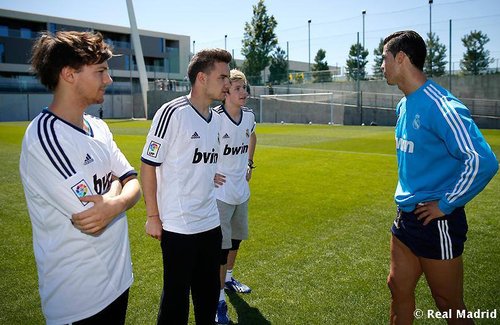 Cristiano also logged onto his social networking account to say it was great to hang out with the boys. 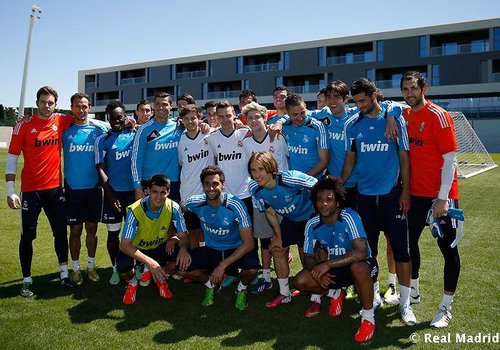 During the group's UK tour, they also manged to stop by Newcastle United's training ground and spend time with the Premier League squad.

One Direction perform the first of two nights in Madrid tonight (24th May) and will conclude the European leg of the jaunt in Turkey on 29th May.

Harry Styles was seen relaxing in Barcelona earlier this week as he posed topless on the band's hotel balcony during a day off from the tour.