One Direction's 'Night Changes' Video Is Coming To Capital TV At 4pm Today!

The 'Best Song Ever' stars spotlight each member in their teasers for the new video.

One Direction's 'Night Changes' music video is on the way, and the boys are kindly dropping teaser after teaser to get us all ready for the premiere on Capital TV at 4pm on Friday, 21st November.

1D will launch the track as their second official single from newly launched album 'FOUR', after their huge success with first release 'Steal My Girl'.

Make sure you Tweet us using #1DOnCapitalTV - we'll feature the best Tweets on screen! The party starts at 3pm for the One Direction Warm-Up, ready for the big moment at 4pm!

The first four teaser clips for 'Night Changes' will have you SO excited for the new video, focusing on band members Zayn Malik, Louis Tomlinson, Niall Horan and now, Liam Payne too!

Louis' spotlight shows him sat in the sun in a park looking GORGEOUS, while Zayn's sees him out on a date and shows fans a first-person perspective of what it's like to be wined and dined by the 1D heartthrob.

Niall Horan's teaser clips shows the star building up a log fire, playing songs on his acoustic guitar and cuddling up to a teddy bear. What's not to like.

Watch Louis Tomlinson in action in the new teaser from the 1D video below:

PLUS see Zayn Malik on his date night in 'Night Changes' below:

The boys have ALSO unveiled the official artwork for 'Night Changes' as well, which you can see below: 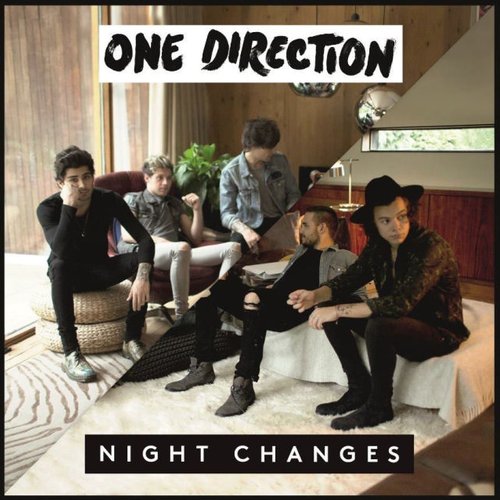 One Direction officially launch 'Night Changes' as their new single on 14th December and you can pre-order it right here!