The 'Little Things' singer was seen messing around on the balcony of his hotel.

One Direction singer Niall Horan was seen pulling off the famous Usain Bolt pose as he greeted fans in Milan from his hotel balcony yesterday (20th May).

The 'What Makes You Beautiful' star's current 'Take Me Home' tour is currently in Italy and the band performed at the Mediolanum Forum.

"Absolutely mental in Milan last night ! Knew it was gona be! I could tell by the rampage of our fans in the streets in the daytime," tweeted the Irish star following the gig.

Their stay in Verona the night before also saw the boys greeted by thousands of fans outside the venue.

Check out Niall posing as Usain Bolt on his hotel balcony below: (Picture: Splash) 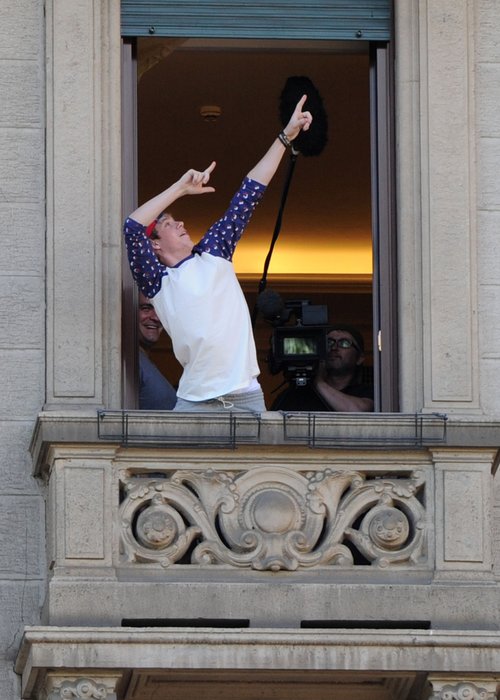 Harry, Louis, Liam, Niall and Zayn will also be hitting the big screen in August for their 3D concert movie debut.