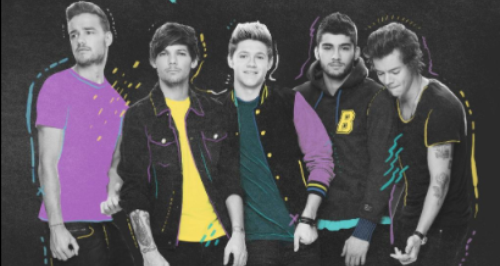 They’ve been his biggest success story and Simon Cowell doesn’t want to let One Direction go!

One Direction have definitely been the biggest success to come out of the X Factor, and Simon Cowell doesn’t want to let the boys go once their record deal runs out – so much so, he's reportedly offered the boys £2.5 million EACH to sign with him again.

Simon and his execs at his Syco want to get 1D to sign on for two more albums after their current deal runs out. At present the boys are expected to release two more albums and a greatest hits record, but the new deal would secure a further two albums.

One clause in the contract does state that the offer is only valid if all of the boys sign up as a five-piece, so if a member decides to go solo the contract would need to be reconsidered.

A source in LA told the Daily Star, “One Direction are big business and Simon and co are desperate to keep the money-making machine going for as long as possible.”

“The £2.5million would be a signing on deal before they get the cut of royalties, songwriting and PRS. The concert deals would remain separate.”

“The negotiations are already in the very early stages and are being kept top secret.”

And it’s no surprise that Simon wants to keep hold of the hottest boyband around – the boys are expected to top the charts when their new album ‘FOUR’ is released later this month.