The boy band stars are seen dancing with OAPs and showing off their moves in the teaser pictures.

One Direction have announced the release of a new single 'Midnight Memories', as well as posting up several pictures and GIFs to tease their next music video. 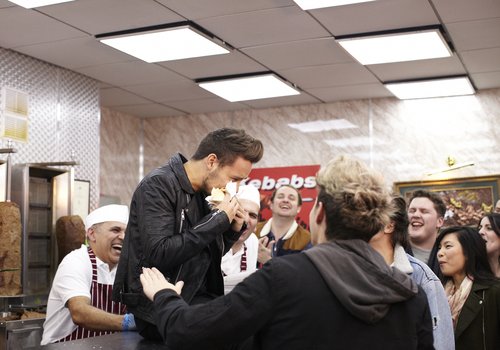 The 'Best Song Ever' five-piece will release the song as their third single from their 2013 album of the same name, and have promised to release the music video at the end of this week (31st January).

"So so excited about Midnight Memories being a single. We are very proud of it!" Louis Tomlinson tweeted soon after the announcement.

One Direction then posted up snaps of themselves shooting the video out in London at nighttime, including one of them dancing alongside a group of OAPs, as well as several teaser GIFs.

The news follows Louis previously revealing he and the rest of the band can't wait to begin writing for their fourth studio album.

One Direction will officially release 'Midnight Memories' on 9th March.

6 Curveball Conversation Re-Starters Sure To Re-Ignite Your Chat

How To Update Your Profile For 2021 Dating On Bumble