The 'Live While We're Young' singer reveals he's no longer single as he points out his new girlfriend.

One Direction star Liam Payne has confirmed that he is no longer single and is dating school friend Sophia Smith.

The 'Little Things' star split from Danielle Peazer earlier this year and told journalists at the press conference for the group's This Is Us movie that he is off the market.

"What's this about you having a new girlfriend?," asked a member of the audience. The Daily Mail reports that Liam pointed to the brunette and said: "'Yes yes I do. She's sitting right over there. It's not been long."

A source also claimed the pair's short romance is moving along quickly. 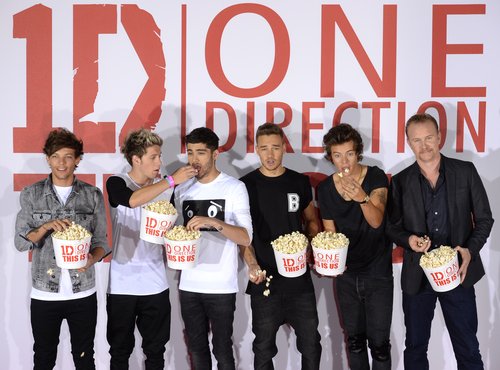 "Liam has really fallen for her. It's getting very serious, very fast," they said. "She's a sweet normal girl who likes Liam for who he is, not because he's in the most famous boyband in the world."

Meanwhile, the band will be heading to London's Leicester Square today (20th August) for the world premiere of their movie This Is Us.

Resurfaced Video Of Halsey Proves She's A Huge One Direction Stan: "When 'Little Things' Came Out I Cried For 16 Hours”