The 'Little Things' star's fashion accessory is up for grabs for fans as his mum raises money for charity.

One Direction star Harry Styles' mum is auctioning off the bow tie her son wore at the BRIT Awards 2012.

The 'What Makes You Beautiful' singer's fashion accessory is currently fetching bids of around £3,500 after going up for grabs on eBay.

Harry's mum Anne Twist and her husband Robin are aiming to raise funds for children's charity Believe in Magic, and posted a message on the listing explaining the reasons behind the auction.

"Having seen the incredible work that Believe in Magic do and witnessed the difference it can make, Robin and I decided that, having had the piece at home for a while, we would donate this as a 'Happy Birthday' gift to them.'' 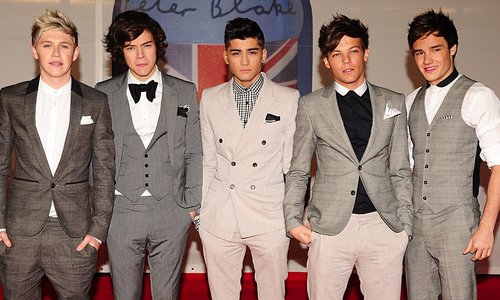 The auction ends on 1st August – when the charity celebrates its second year anniversary.

Meanwhile, Harry and the rest of the group are currently out in the US on their 'Take Me Home' world tour.

One Direction will also be on the big screen next month for their movie debut This Is Us.