One Direction Working With Good Charlotte On New Album 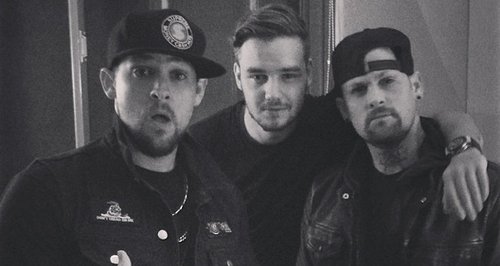 The US rockers share a snap of themselves in the studio with Liam Payne and praise the boys' upcoming record.

One Direction have been working in the studio with US pop punk rockers Good Charlotte on their new album.

Joel Madden shared a snap of himself with brother Benji and Liam Payne in the studio, with Benji also tweeting how good the new album was sounding.

The team-up comes shortly after it was revealed Harry Styles had been working with Irish stars Kodaline.

One Direction are preparing to head out on their 'Where We Are' stadium tour and will release their new album later this year.

Speaking to Capital at the BRIT Awards last month, Niall and Liam revealed they were about 12 songs in and really wanted to get Pharrell Williams on board.