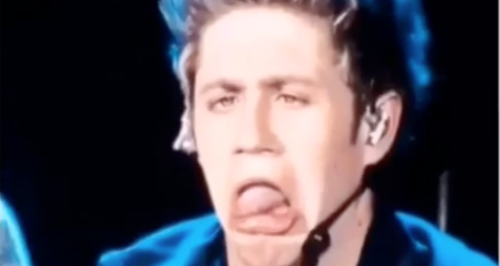 Seeing as it's the big man's birthday it's only right to dig out his hottest and most random Vines, right? Thank us later, yeah.

We love Niall Horan and his Irish charm, and the fact he also happily parades around semi-naked a lot definitely doesn't hurt! We've saved you guys the trouble of sifting through 1223764 vines of Niall being Niall (yep, this is actually the highlight of our week) and picked the best of the best.

Oh so subtle, but pretty damn sexy. We think this move should be a compulsory part of the boy band dance repertoire.

We may name this little dance the Niall shuffle, coming to a dance floor near you soon. We're sure he has chucked in a few of his Irish dancing moves in there as well.

This compilation of incredible faces

It's sassy, it's a bit sweary (sorry) and it's all round AMAZING. We're not sure it counts as sexy, but it's just why we love the cheeky little scamp.

We love how quickly Niall recovers from having his nipples tweaked by Louis. Maybe he secretly likes it…

OH MY GOD THE FEELS.

Ok, so it's probably not the sexiest of ensembles but Niall is so darn cute we could just eat his little button face. But we won't, obvs.

We're not even really sure what this actually is but we kind of love it.

Get your nips out for the Harry

Because this is the only sane and rational thing to do when you see Harry Styles.

Oh Niall, we do love you! Never stop being sexy!

If you haven't had enough of a One Direction fix, click here to see our favourite Harry Styles Vine faces. You know you want to…