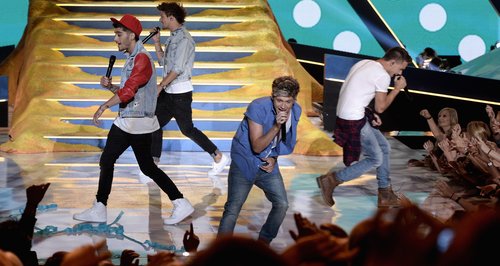 Watch the group perform their new song at the awards ceremony in Los Angeles.

One Direction performed 'Best Song Ever' live for the first time on TV at the Teen Choice Awards in Los Angeles.

The group, who have been touring America on their US leg of the 'Take Me Home' tour, took to the stage to screams of delight from the crowd at the Gibson Amphitheater.

One Direction won Choice Music Group and also collected an award for their tour at the ceremony last night (11th August).

Watch One Direction performing 'Best Song Ever' live at the Teen Choice Awards: