One Direction have been named the best moment of the London 2012 Olympic Games closing ceremony by Capital FM fans.

The group performed their hit song 'What Makes You Beautiful' at the event at the Olympic Stadium in east London.

Speaking after their performance, which took place on the back of a moving float, singer Louis Tomlinson said the gig was "unbelievable" and "one of the best nights of my life".

Capital fans on our Facebook page voted One Direction's performance the highlight of the opening ceremony ahead of Jessie J, Tinie Tempah and Taio Cruz' performance of The Bee Gees' 'You Should Be Dancing'.

In third place was London mayor Boris Johnson's dancing during The Spice Girls' performance, while fans also paid tribute to Gary Barlow, who joined Take That on stage just over a week after his fourth child was build stillborn.

Jessie J and Queen's Brian May' perform 'We Will Rock You' at the Olympic Stadium: 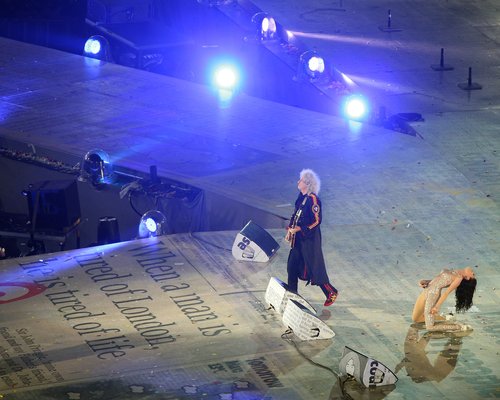 Other highlights during the opening ceremony for Capital fans was Jessie J's performance of 'We Will Rock You' with Queen's guitarist Brian May and the much-anticipated reunion of The Spice Girls.

The closing ceremony concluded with the traditional extingushing of the Olympic Flame, while the Olympic Flag was passed to Brazil ahead of Rio 2016.