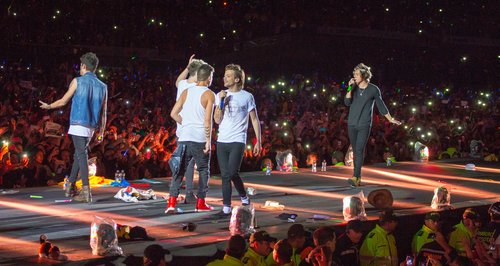 One Direction have announced a string of Australian and Asian tour dates.

The group will return to the likes of Melbourne, Perth, Hong Kong and Thailand for the first time in two years for their 'On The Road Again' tour.

The tour kicks off in Sydney, Australia on 7th February 2015 and reaches Asia on 24th February before wrapping up in Dubai on 4th April.

Meanwhile, One Direction are currently on their 'Where We Are' stadium tour, which reaches Dublin on 23rd May and includes 11 shows across the country.

Their new single 'You & I' is officially released in the UK on 25th May.