The singer and his lady Sophia Smith are out in France, where Liam was filmed getting into the party spirit.

Liam Payne was having an INCREDIBLE Bank Holiday weekend - enjoying the South of France with his beautiful lady, and even finding time for a spot of karaoke!

Eager fans caught the One Direction star in action in film trying his hand at a cover of Oasis' 'Wonderwall' to get into the holiday spirit, and Liam was clearly loving EVERY minute.

The 'Steal My Girl' star and girlfriend Sophia Smith have been enjoying lie out on the Eze Sur Mer, near Monaco, for the past few days holding with various friends. 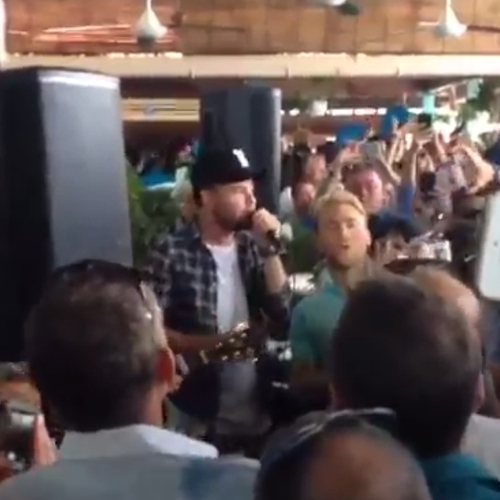 Clearly Liam's a big Oasis fan... because we also found this footage of him singing (and again smashing it!) back in 2010 five years ago!