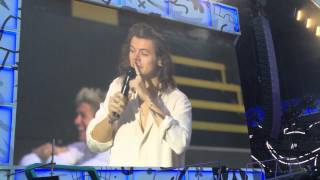 Harry talking about a school friend stealing his girlfriend when he was fourteen - Oslo, 6/19

The One Direction singer teased a friend in the audience during their show and it was pretty damned hilarious.

Harry Styles earned some SERIOUS #LadPoints for this one… calling out an old school pal of his during One Direction’s latest live show for stealing his high school girlfriend.

The 1D star was amping up the crowd in between songs on the boys’ ‘On The Road Again’ world tour, during their gig in Oslo at the weekend, when he told the audience a story about his friend Jack Robinson who was enjoying the concert.

“I have a friend from school in the audience tonight called Jack Robinson, he’s over there,” Harry told the crowd. “I’m going to tell you a quick little story before we do the next song. 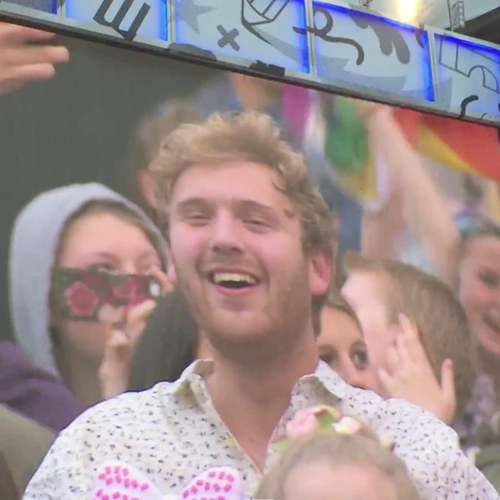 “I was about 14 years-old and Jack Robinson stole my girlfriend,” he added. “If he’s still there at the end of the show, feel free, little kicks, little digs on the way out. I love you, sir!”

Jack clearly loved getting a shoutout from his old bud Harry, and it was clear the One Direction star meant it all in good spirit.

One Direction’s tour goes on to shows in Sweden and Finland this week before heading across to North America at the start of July.

WATCH: One Direction Sing 'Steal My Girl' At Our Summertime Ball 2015 With Vodafone