The 'Troublemaker' star says there had to be a key reason for the delayed start.

The 'As Long As You Love Me' singer came under fire from angry parents and young fans for the late performance, but the former X Factor singer says there had to be a reason for such a delay and is sure it wasn't intentional.

"There's got to be a reason for why Justin went on so late, as two hours is a long time, but he's young and traveling the world," he told the Daily Star.

The 'Heart Skips A Beat' singer also said that the start time of a show is something that's constantly in his mind on the day of a gig.

"I'm really conscious of finishing on time, as I hope kids get home all right for school the day after," he added. "Sometimes I meet fans after a show and girls of 11 or 12 look like death warmed up, their eyes are all puffy and they say: 'I loved your show, but I'm so tired and have school in the morning'."

Nicole Scherzinger also recently said how a young fan base means the artist should make extra efforts to ensure a show finishes on time. 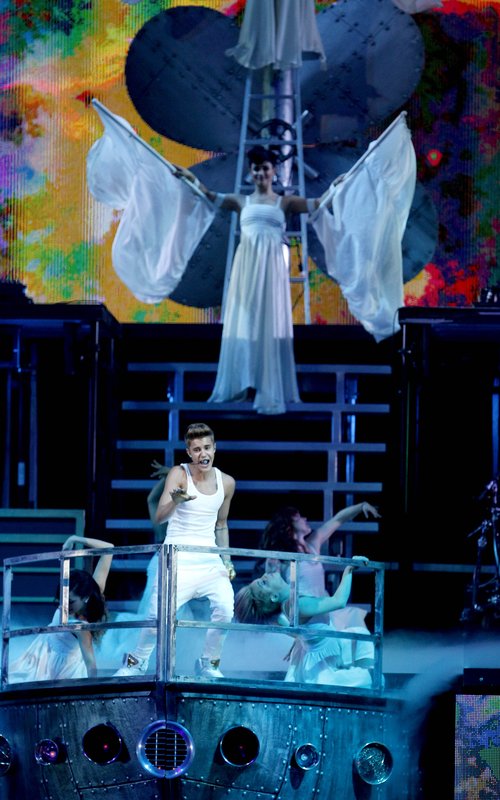 Many were forced to leave the O2 Arena early to get home for public transport last week.

Meanwhile, Justin was also involved in a confrontation with paparazzi outside his hotel in London as he prepared for the final gig of the four-night residency in the capital.