Nicole Scherzinger Denies Rekindling Romance With Lewis Hamilton: "It's Over!"

The X Factor judge also responds to the Formula One star recently dedicating a Grand Prix win to her.

Nicole Scherzinger has spoken out about recent rumours she and Lewis Hamilton were on the verge of getting back together.

The 'Boomerang' singer also told The Sun that she was overjoyed when the Formula One ace dedicated his Grand Prix win in Hungary to her back in July.

"It was very sweet of him," she said of Lewis' emotional post-match speech.

However, she clarified: "The truth is we are no longer together. It is over."

The sporting ace has been very public in his attempts to win back the X Factor judge with posts on Twitter, but Nicole insists they are in no way rekindling their romance. 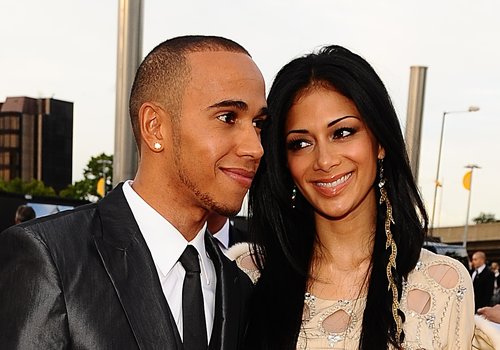 She continued: "know he's been very public about trying to get me back, but we're still not together."

Meanwhile, Nicole was back on TV screens last night as the new series of the X Factor kicked off.

The singer has also been telling the Daily Mirror that she is keen for a collaboration with Plan B on her upcoming new album.