The 'Boomerang' singer was seen jetting in to visit the Formula One star.

Nicole Scherzinger has been seen walking hand-in-hand with her boyfriend Lewis Hamilton this week after she jetted in to support the Formula One star ahead of this weekend's Malaysian Grand Prix.

The 'Right There' singer was spotted sporting a tiny pair of denim shorts and a checkered shirt around her waist as she joined the sports star.

The former Pussycat Doll had her toned legs on show with Lewis also showing off his tattoo sleeve in a white t-shirt.

Meanwhile, the singer has also this week been speaking about the new song from Beyonce 'Bow Down'.

Nicole revealed that she didn't no what to make of the track and said she was still looking forward to the material that the Destiny's Child singer in the near future.

Check out a picture of Nicole and Lewis in Kuala Lumpa below: (Picture: Splash) 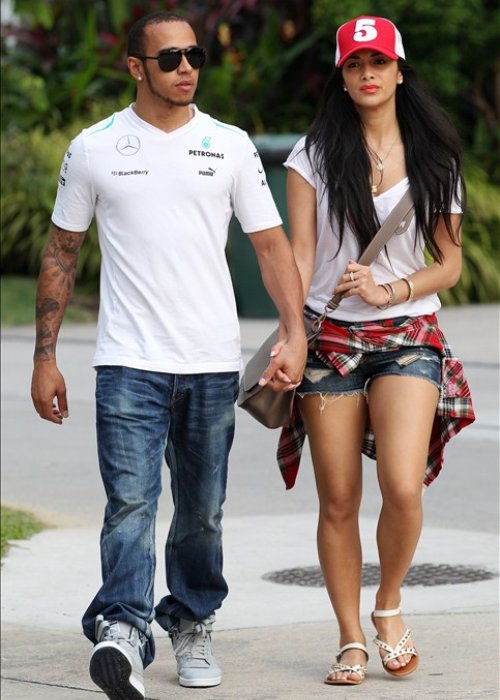 The star is also currently preparing to release her new album in the coming months.

Nicole also told Capital that she would not be collaborating with Lewis on the record – despite his apparent dive into music.