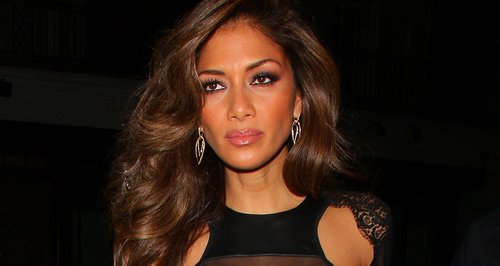 The former couple are believed to be all loved up again after enjoying a night out in London together.

Nicole Scherzinger and Lewis Hamilton have fuelled further speculation their romance is back on after being pictured holding hands out in London together.

The couple split back in 2013 but rumours first surfaced at the start of January that they were giving things another go, after a rumoured holiday break to Aspen for New Year.

'Boomerang' singer Nicole and Formula One driver Lewis have now fuelled rumours again after they were spotted smiling and enjoying each other's company on a night out in London.

Lewis was seen picking Nicole up from a West London recording studio before they headed out to dinner together, eventually retiring to a hotel after Nicole's UK return.

"Nicole is giving serious thought to moving in with Lewis," a source told The Sun this week. "They know they can't keep splitting up and getting back together, so more commitment is the next step."

Nicole Scherzinger has yet to officially confirm or deny whether the couple are back together.