The 'Starships' singer speaks about making it as a full-time actress in the future.

Nicki Minaj has revealed that she could quit music after recording three more albums.

In an interview for Marie Claire's August issue, where she is the cover star, the rapper said she would feel "complete" with a trio of new records and possibly make a full –time move into acting.

"I at least want to do three more albums," she said.  "If I can do that, I'll feel complete...One day, when I start getting a couple gray hairs, maybe it will all be only acting.

"I just never know...I've kind of become the poster child for doing the things that no one expects."

Nicki is currently filming for new Cameron Diaz flick The Other Woman as she prepares to make her big screen debut.

When commenting on where her work with music had taken her said that she had experienced a "weird epiphany" during a 2012 tour in Australia. 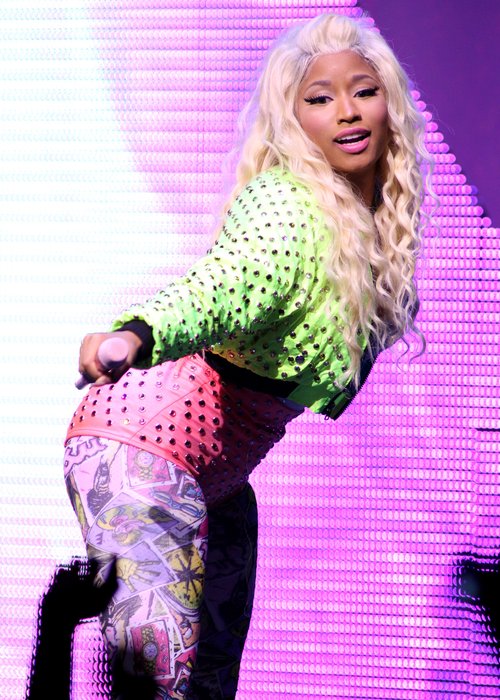 "For the first time, I allowed myself to feel proud of where music had gotten me, and I felt an overwhelming sense of gratitude,… You feel the need to pay it forward, which starts with analyzing yourself with a true desire to grow."

She continued: "I was praying every day, 'You know what, Lord? I want to be a mom one day, and I want to start becoming the woman who I want to parent my child.' I wanted all of the feelings of entitlement to leave me, because some people have this life for a year or five or 10 — and a lot of them lose it. I didn't want to become a person who wasn't enjoying the moment."

Nicki was also recently seen starring alongside Ciara in the video for the new song 'I'm out'.

5 Of The Funniest Nicki Minaj And Tom Holland Dating Memes