The former Disney star treated us to a very intimate Up Close Session with Clearasil - and we fell in love with him a little bit more.

After a successful career alongside his brothers, Nick Jonas made the bold move to go solo for 2015 - and judging by this video we're so glad he did!

The 'Chains' star stopped by Capital HQ this week to record an intimate live session, where he treated us to a special cover of Sam Smith's Big Top 40 hit 'Lay Me Down'. 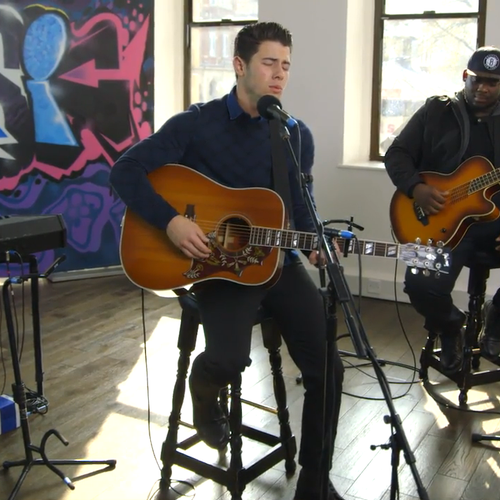 As well as the emotionally raw performance of Sam's most recent track, Nick also performed his latest smash 'Jealous'.

Nick's self-titled debut album will be released in the UK on 15th June 2015. If you can't wait that long then fear not, he gave us a sneak peek at one of his incredible album tracks, 'Wilderness'.

Nick teased fans that he was visiting Capital's studios earlier that day, which led to hundreds of fans swarming Leicester Square to catch a glimpse of their idol.

Gonna stop by @CapitalOfficial this afternoon and hang with @ThisIsMax Come say hi.

Never one to disappoint, the American hottie ventured out in to the street with an acoustic guitar to serenade his adoring public. What a legend!