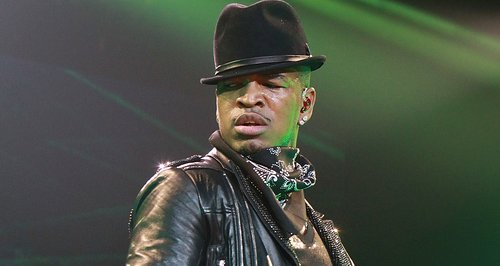 The 'Let Me Love You' star reveals what he and RiRi chatted about when they met up last.

Ne-Yo has promised all the Rihanna fans out there that their favourite star has BIG plans coming… and that he might be a part of them!

The R&B superstar spoke exclusively with Capital this week, and said he had been chatting to the Bajan star recently and that she's got a LOT of projects in the works.

Ne-Yo on a possible Rihanna team-up...

"I actually have seen Rihanna recently. The conversation wasn't really music it was just reuniting and how you been," Ne-Yo told Max on last night's show (14th September). "We didn't really talk music.

" went into the studio for her not too long ago to do some stuff, I don't know what's being kept or what-not," he added. "I noticed she's got a few things coming, she's got a new album in the works.

"She's doing a lot of stuff all at one time right now," he added.

Ne-Yo on Rihanna's new record? Sounds VERY good to us!