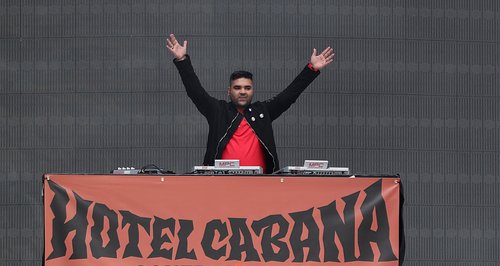 The 'Lifted' star will head out on the road for five nights across the country later this year.

Naughty Boy has announced details of a short UK tour, which will take place in November.

The producer recently unveiled his debut album 'Hotel Cabana' and will kick off the five-night jaunt on 12th November in Brighton.

He will then head to Brixton in the capital for a show the following night.

Naughty Boy also calls in at Glasgow, Manchester and Birmingham on the tour.

Tickets for the tour are on sale right now.

Check out the full dates of Naughty Boy's UK 2013 tour below:

He said fans would be surprised by the tracks the pair have been teaming up for, revealing they had a "dancehall" vibe.