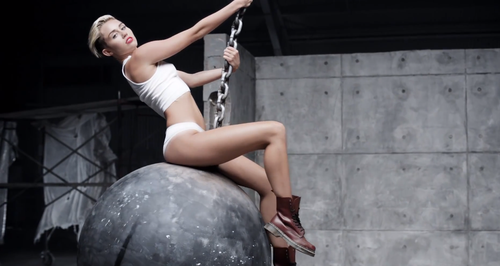 Check out the producer's version of the former Vodafone Big Top 40 number one track.

A new remix of Miley Cyrus' song 'Wrecking Ball' has been released by DJ Afrojack.

The producer has been performing the remix of the track live over the pat weeks but uploaded it his SoundCloud page this week.

The original track gave Miley a number one on the Vodafone Big Top 40 and scored her the Best Video award at the EMAs 2013.

Miley has hit the headlines for much of 2013 and was recently defended by Pharrell Williams during a new interview.