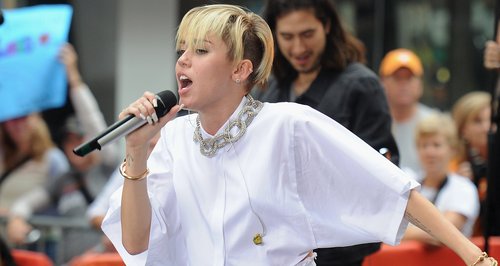 The 'Wrecking Ball' singer will sing live at the event alongside fellow performers Katy Perry and The Killers.

Miley Cyrus has been confirmed for a performance at the MTV Europe Music Awards 2013 this year.

The 'We Can't Stop' singer will take to the stage at the Ziggo Dome in Amsterdam next month, just three months after whipping up a storm of controversy for her MTV VMAs 2013 performance with Robin Thicke.

MTV announced today (17th October) that Miley will be back on stage in one months time, fresh from the launch of her brand new album 'Bangerz' at  the start of October.

This week has also seen rumours emerge that Miley is planning another duet with Robin Thicke before the end of the year, although it has yet to be confirmed whether the 'Blurred Lines' singer will also be at the event.

Both Katy Perry and The Killers have already been confirmed as performers for the event in Amsterdam in November.